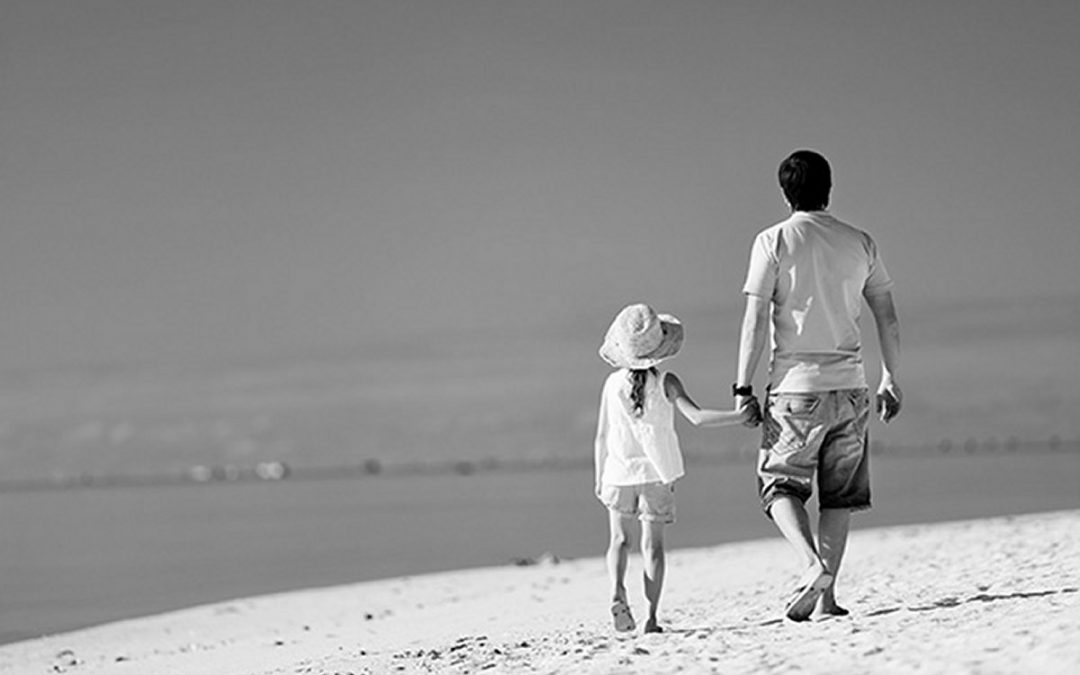 Please Login to view this content. (Not a member? Join Today!) 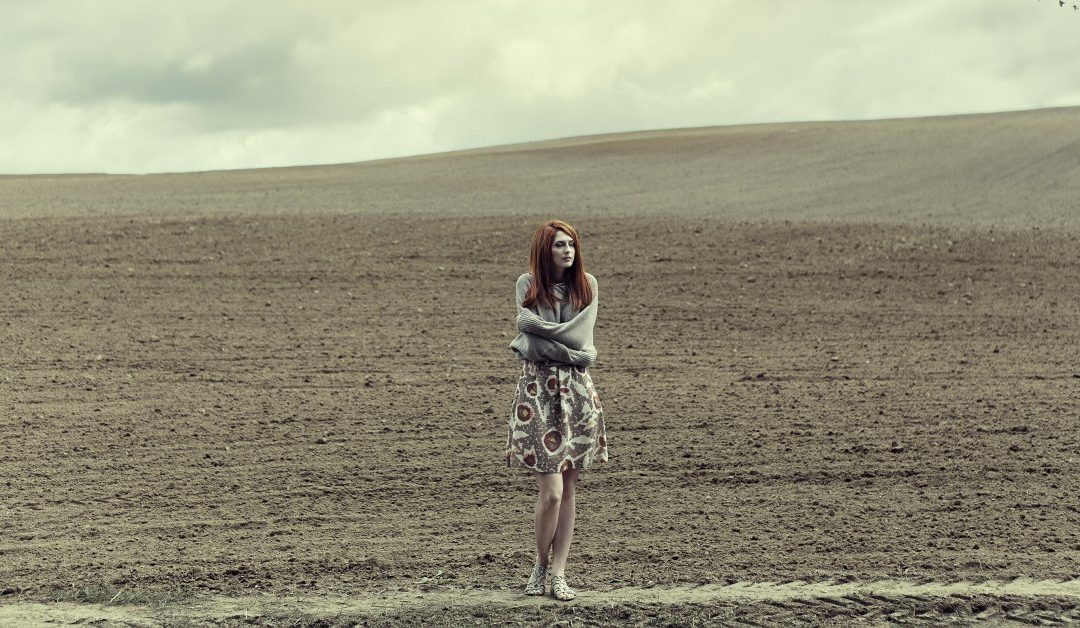 Step Out Of The Scapegoat Role

Did you know the word ‘scapegoat’ came originally from a ceremonial practice where a goat was sacrificed for the sins of the people, and another goat was then loaded up symbolically with these sins and sent out into the wilderness alone to perish? The goats themselves were considered pure, and the shame and sin of the people were transferred on to these innocent creatures to carry.

There are many innocents who carry the blame for others. It allows groups of people, families or whole nations to project their own prejudices and aggression away from themselves. It’s a very painful role to play, however, family therapists believe the scapegoat is often the healthiest family member because they aren’t complicit in denying the dysfunction.

If you find yourself as the ‘black sheep’, the ‘outcast’, or the ‘bad guy’, your self-esteem is likely to be so damaged that you find yourself actually exhibiting the negative descriptions you hear about yourself. This might take the form of not living up to your potential, not reaching your true earning capacity, having unhealthy relationships with people who don’t treat you well, and not reaching for your dreams.

Some signs that you are, or have been, in this role include:

How did you end up in this role?

The scapegoat is carefully chosen, although probably not consciously. He or she is the one who rocks the boat in some way, either through being different (artistic when the rest of the family is intellectual, for example) or through being very sensitive and therefore unable to pretend along with everyone else that the family dysfunction is not happening.

The scapegoat builds their identity on the constant stream of information they receive about their ‘badness’.  They may know inside that they haven’t done anything to warrant this treatment, but it seems that no-one else sees this. As a result they feel insecure and unsafe, making them very vulnerable.

They may find themselves in abusive situations outside the home – at school, in the workplace, in relationships – which seems to further confirm their status as ‘bad’. Consequently they find it very difficult to trust others and may avoid closeness with others altogether as a result.

The scapegoat is often lonely, hurt, confused, and filled with feelings of inadequacy. Without sufficient encouragement, this becomes a self-fulfilling prophecy. They grow up lacking the ability to comfortably interact with others, engage in team activities and sports, etc, and this in turn leads them to avoid opportunities to move forward personally and professionally. Even when they do advance, they will tend to downplay their successes.

Although they are often very bright, not much is expected of the scapegoat and they can become under-achievers, although it’s obvious they would be highly successful if they could believe in themselves.

How to step out of the scapegoat role

The first step to finding your true identity outside this appointed role is to recognise it is not the truth about you. The people who scapegoated you had their own agenda and they needed you in this role to help them avoid dealing with their own problems. In projecting their own defects on to you, they were able to sidestep the pain of their own challenges. The decision to scapegoat you was based on their own needs and had little to do with who you are at all.

Deep inside, it’s likely that there’s a part of you that knows the truth, that you are a good kind loving person and you have been cast into a role that does not reflect this or allow others to see it. Tune into this part, it will help you stand your ground and say no to further mistreatment.

Because of the projection involved in scapegoating, it’s likely that the depth of self-loathing and shame you feel are not actually yours. These feelings belong to the people who thought you were a useful dumping ground for their ‘stuff’. When these feelings come up, question their veracity – where does this feeling come from and is it based on any real evidence?

Try not to fall into magical thinking – feeling not good enough doesn’t mean you aren’t good enough. It’s like thinking that because we ‘feel fat’ everyone will look at us and see how ‘fat’ we are. It’s just a feeling, and feelings are not facts. Remind yourself of all the kind things you’ve done, the praise and support you’ve had from others, the achievements you’ve reached.

We all have both good and bad points, the focus on yours has been out of balance towards ‘all bad’ – remind yourself of all the good points too, you do have them and good friends have probably been trying to point them out to you for years!

Let go of explaining and justifying yourself to people who are invested in seeing you as ‘bad’. Trying to gain understanding from abusive family members, co-workers or ‘friends’ keeps you stuck because they are not able to give you this. This is a reflection on them, not you.

However do ask to be treated respectfully from now, keeping in mind that doing this is likely to be viewed as more evidence of your ‘badness’. Remember this is not the the truth, even if some people never apologise for their disrespectful behaviour. You are entitled to make statements along the lines of “The way you just spoke to me is not acceptable, please don’t speak to me like that again” and “If you want speak to me, please do it civilly or I won’t respond.”

Don’t waste your time explaining yourself to people that are committed to misunderstanding you.

This step is made easier if you’ve already made a commitment to learn how to trust and respect yourself first. You will be less likely to back down in the face of other people’s accusations and insistence that you are out of line if you believe you deserve respect.

Stepping out of the scapegoat role can sometimes mean that unfortunately you are unable to continue a relationship with some of the people in your life. If they are determined to keep you in this role, you may need to limit or even cut contact with them. This may cause pain, but it will be less painful than continuing in this role.

Make a regular practice of treating yourself with loving kindness and self-acceptance.  It will feel unfamiliar and false, even impossible, at first but that’s because it’s a new experience. Keep going until it becomes a habit. This is your best protection against being exploited and victimised in the future.

You are not alone

I know about being loaded up with the shortcomings of others and sent out into the wilderness alone, about underachieving and living down to expectations. My report cards all said ‘Leanne would do well if she tried’. I was sacked from my first job and from two more later on.  I saw myself as a naive, incompetent and unattractive fool with woefully inadequate social skills. I tiptoed around trying to avoid attention and could never ask for help with anything, so I became fearful of taking on anything that I might not be able to work out by myself.

Of course looking back I see I was re-enacting the situation in my family home. The workplace was a completely different environment but I knew my role well and I transferred it to every new environment I came across. It’s a painful process and has lifelong implications, however it doesn’t have to rule your life and you can step out of this role, even while those who put you in the role continue to do so.

As a child, you had no choice, but as an adult there are choices. The best choice you can make is to decide every day that you will live according to the person you truly are inside, rather than who other people say you are or want you to be. I now know I’m capable, smart and competent. I’m important, valuable, and have a lot to offer. I’m worthy and I’m worth it. I have something to say, I make a difference, and I matter. If I meet people who don’t appreciate these things about me, I let them go. Once I would’ve seen it as evidence that I really was lacking, now I just move on.

Recognising that other people are not my family, and that my scapegoat status is obsolete, along with acknowledging the achievements I have made even with my lack of self-confidence, has really started to turn things around for me. You will probably need support with this and it may take a long time to find your true self again, one you can love and value, but it’s worth investing in this process. Remember you are worth it.